What is our experience? Here are just a few of our data discoveries that have made headlines. 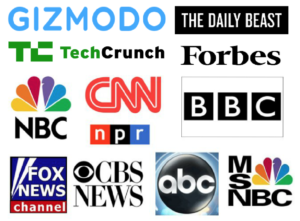 The security research center was founded by Bob Diachenko, Director of Cyber Risk Research and Jeremiah Fowler, data analyst and security consultant. In 2014 they created cyber security research projects that discovered the personal data of millions of people worldwide. Here are just a few of those stories.

In previous companies and independently we have made major discoveries that have helped make the internet a safer place. Here are just a few of the news headlines from some of our discoveries.

Security Discovery in the news: 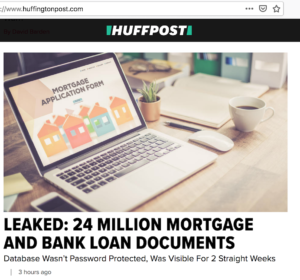 Our biggest discovery to date was found in Jan 2019 and contained millions of sensitive files including home loan applications, credit reports, bankruptcy records, and more. It was covered by hundreds of media outlets and was reported as one of the biggest discoveries since the Equifax 2017 data breach exposed the sensitive personal information of 143 million people. 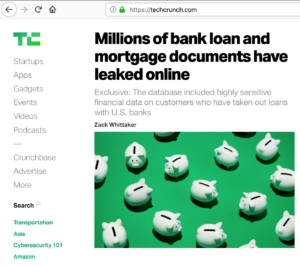 TechCrunch is a leading technology media property, dedicated to obsessively profiling startups, reviewing new Internet products, and breaking tech news. It is safe to say that they are the leading authority on tech and startup culture. Our discovery was the top story of the day and would not have been possible with out the help of Zack Whittaker the security editor at TechCrunch.

The database had more detail than what would have already be publicly available through the Alaska Division of Elections.

As California Bans The Traditional Password, What Else Can Fintechs …

Forbes–Oct 7, 2018
A study by security firm Norton found that hackers stole a colossal $172 … while security firm Kromtech publicly reported in February that it had …

Gizmodo–Apr 25, 2018
… investors in Bezop cryptocurrency, including photocopies their driver’s licenses and passports, according to a report from Kromtech Security.

Naked Security–Jul 19, 2018
On Monday, Kromtech’s Security Center explained that crooks are reaping profits from games that are free to play by reselling resources – for …
‘Clash of Clans,’ Other Mobile Games Being Used for Money …
Highly Cited–Variety–Jul 19, 2018
View all

Thousands of US voters’ data exposed by robocall firm

ZDNet–Jul 18, 2018
Kromtech Security’s Bob Diachenko, who discovered the exposed data and blogged his findings, shared prior to publication several …

Weight Watchers Swears No Customer Data Exposed After Dozens of …

Gizmodo–Jun 11, 2018
Kromtech did not attempt to access any of the data for legal reasons, and … disclose concerns to improve the state of security on the Internet.”.

Passwords to Over a Half Million Car Tracking Devices Leaked Online

Gizmodo–Sep 21, 2017
The Kromtech Security Center recently found over half a million records belonging to SVR Tracking, a company that specializes in “vehicle …
Account data for more than half a million car tracking devices was …

Ashley Madison Is Fucking It Up Again

Gizmodo–Dec 15, 2017
… researchers at the Kromtech Security Center. The database was later stolen by cybercriminals demanding a ransom only payable in bitcoin.

Gizmodo–Oct 10, 2017
The records, discovered by researchers at the Kromtech Security Center, had been stored on an unsecured Amazon S3 bucket. According to …

Gizmodo–Sep 1, 2017
The files, more than 600GB in size, were discovered on August 24 by the Kromtech Security Center while its researchers were investigating an ..

Gizmodo–May 16, 2017
The dataset, which remains insecure, was first discovered this month by the Kromtech Security Center. It was further verified by Troy Hunt, …