Anonymous Rewrites The Rules of Cyber warfare in their attacks on Russia.

What has Anonymous accomplished in a Cyberwar with Russia?

The methods Anonymous has used against Russia have not only been highly disruptive and effective, they have also rewritten the rules of how a crowdsourced modern cyberwar is conducted. In addition to hacking and releasing Russian data, the group has also offered cyber security assistance to Ukraine such as penetration testing and finding vulnerabilities before Russia could exploit them. Anonymous also offered free training to new recruits on denial of service attacks and other hacktivist methods. This effectively allows anyone with a computer and an internet connection regardless of their technical skills to join in the cyber war. The initial call to action posted on Twitter transformed into a larger operation that spread far beyond the Russian government, companies, or organizations, and included an information campaign aimed at Russian citizens.

New Methods and Techniques that are hard to defend against include:

To read my full report and summary of detailed hacks and attack’s on Russian assets click here: 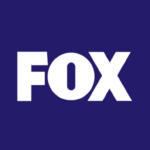